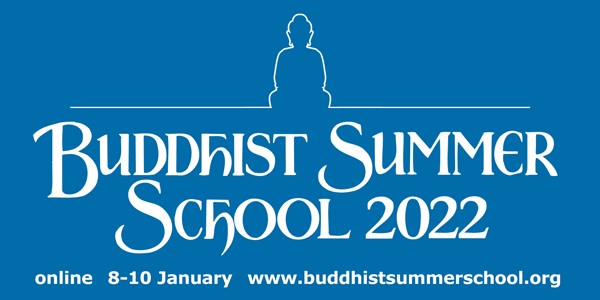 A rich tapestry of traditions has been woven by Asian cultures around the essence of the teachings of the Buddha, who lived 2500 years ago. The enduring nature of Buddhism is symptomatic of its integrity as a spiritual discipline. Over the past several decades Westerners have begun to learn from and participate in the diversity and essence of Buddhism.

Opening Forum
9:30am to 11am Saturday

The opening forum is an opportunity to hear the Summer School speakers engage in discussion on one of life’s big questions. There will be an opportunity for audience members to ask questions.
The forum is free and open to all! 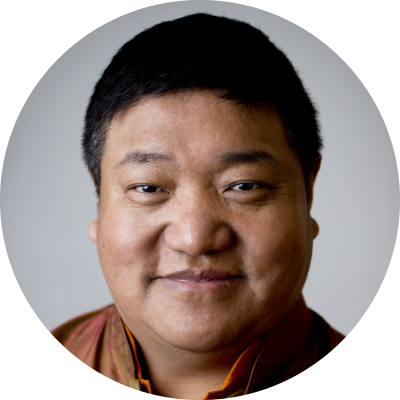 The entire Path to Enlightenment, from the beginning stage of an ordinary person all the way through to complete enlightenment, is described in these four precious teachings. The first topic provides a description of how to turn one’s mind toward the path of dharma. The second topic illustrates how to ensure that one’s spiritual practice follows the right path. The third describes how the path of dharma can liberate one from one’s own distortions and negative emotions. The fourth and final topic illustrates how all experiences and distorted states of mind can arise as enlightened awareness.

During this series, Orgyen Chowang Rinpoche will elucidate the great Dzogchen master Longchenpa’s version of The Four Precious Topics of Dharma and share experiential insights into applying these profound teachings.

Orgyen Chowang Rinpoche is a meditation master in the Nyingma lineage of the Buddhist tradition. He studied for nine years at Larung Gar in Serta, Eastern Tibet, with his teacher, Jigme Phuntsok Rinpoche, who is widely acknowledged as one of the greatest Dzogchen meditation masters of the twentieth century. A long-time resident of the San Francisco Bay Area, Orgyen Chowang Rinpoche is the founder and spiritual director of Pristine Mind Foundation and the author of Our Pristine Mind: A Practical Guide to Unconditional Happiness. For more information, visit www.pristinemind.org. 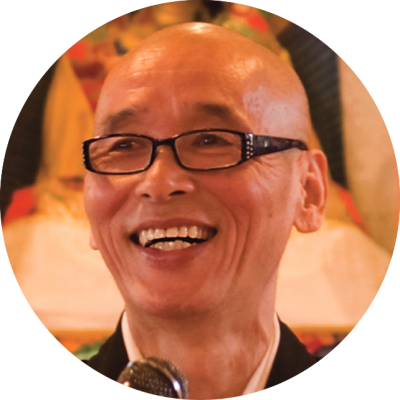 Sandokai is a poem by the thirty-fifth Zen Ancestor Sekito Kisen, 700–790, and a fundamental text of Zen Buddhism, chanted daily in Soto Zen temples throughout the world.

This is one of the most compact statements of Buddhism on record. Many attempts have been made to elucidate its inner meanings, with commentaries dating all the way back to the classical period of Zen, the eighth through to the ninth centuries.

Early Zen / Chan Buddhism and lineage will be discussed based on Sandokai.

Ekai Korematsu Roshi has been serving as Abbot and Resident Teacher of Jikishoan Zen Buddhist Community in Melbourne since 1999.

Born in Japan in 1948, Roshi studied humanities and Buddhism in Denmark, USA and Japan. He was ordained by Kobun Chino Roshi at Haiku Zendo, Los Altos, in 1976 and received Dhamma transmission from Ikko Narasaki Roshi at Zuioji Monastery in 1986. His formal training was twelve years in three monasteries; Eiheiji, Zuioji and Shogoji. His Buddhist education is through Soto Zen Buddhism.

Ekai Roshi is the main Teacher and Director of Jikishoan’s “Zen and Integrated Buddhist Studies” Program. He is a Faculty Member (off-campus) of the Buddhist Studies Program of Carleton-Antioch Global Engagement. Since 2002, Roshi has taught at the Buddhist Summer School. 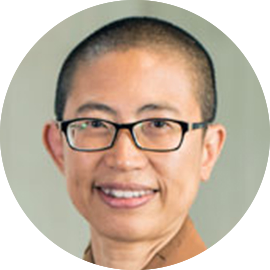 Venerable Dr. Juewei is an active member of the Fo Guang Shan Buddhist order and was tonsured under Venerable Master Hsing Yun. She is Head of Program for Humanistic Buddhism (“HB”), Director of the Humanistic Buddhism Centre, and Senior Lecturer at Nan Tien Institute (NTI) in Australia. Venerable Juewei holds a Ph.D. in Religious Studies, a Master of Arts in Buddhist Studies, a Master of Business Administration, and a Master of Science in Computer Science and Engineering. She worked on Artificial Intelligence systems and has held management positions in Singapore’s statutory bodies. She leads or co-leads international teams in projects such as Buddhism in the Sea of Islands, NTI Visualiser, Journal on HB,Communities of Practice, Turning Points stories, Buddha’s Birthday Education Project, as well as mobile apps and podcasts. Her latest project is co-organising an international Symposium on Humanistic Buddhism. 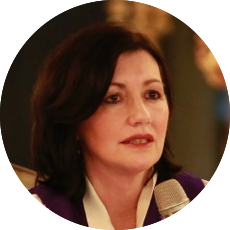 The Role of Identity in Leading a Fulfilling Life

Traleg Khandro will give commentary on aspects of Traleg Kyabgon Rinpoche IX’s teachings on identity, emotions and leading a fulfilling life.

Having a strong sense of identity, from a Buddhist perspective, can provide opportunities to live a more open, flexible life that can be more responsive to renewal, regeneration and growth. When our ideas of self become too rigid and too conditional, we can diminish our opportunities for happiness and pleasure. In this course, Khandro will explore the notion of spaciousness as an important pervading aspect of self-identity and the role that it can play in our own personal and spiritual growth. The course will include some guided meditation exercises.

Traleg Khandro (Felicity), long-time student and wife to the late Traleg Kyabgon Rinpoche IX, is a Director at E-Vam Institute in Melbourne and the U.S.. Khandro studied Buddhism under Traleg Rinpoche’s guidance for many years and has undertaken numerous long meditation retreats. Khandro has given commentary of Rinpoche’s teachings in Australia, America, Europe, U.K., and South East Asia. At Rinpoche’s request Khandro received traditional LuJong (Tibetan Yoga) training after qualifying as a Hatha Yoga instructor. Khandro has a degree in Psychology. 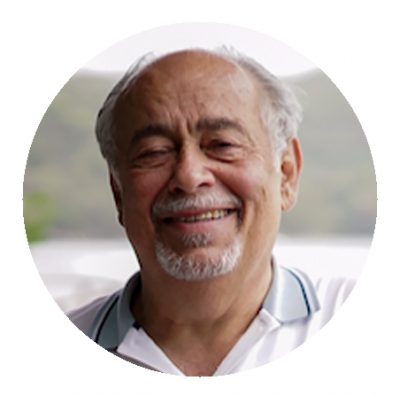 The Seven-Branch Prayer
Embodying the Essence of Practice

In Shantidevaʼs The Way of the Bodhisattva (Bodhicaryavatara) are sections called “The Seven- Branch Prayer”. This prayer is an instruction for practice that is essential for all who tread the path of Mahayana and Vajrayana

The most effective way to accumulate merit is considered to be the seven-branch prayer, a series of seven practices, each a greater source of merit than the previous. The seven branches are making offerings, taking refuge, confessing misdeeds, rejoicing in others merit, requesting the buddhas to turn the wheel of dharma, supplicating them not to pass into nirvana and making dedications. Shantideva writes in the first person, making the offerings and so forth himself. But he is also teaching by example, showing us how to rouse Bodhichitta and take the Bodhisattva vow. These practices are ideal as the underlying practice for Bodhisattva activity and as the basis for all Vajrayana sadhanas.

Sam Bercholz, the founder of Shambhala Publications, is a life-long Buddhist educator. He holds the lineages of Karma Kagyu and Dudjom Tersar Nyingma. He has been a close disciple of Kyabje Thinley Norbu Rinpoche and Chögyam Trungpa Rinpoche, and was empowered by both of them to teach buddhadharma. 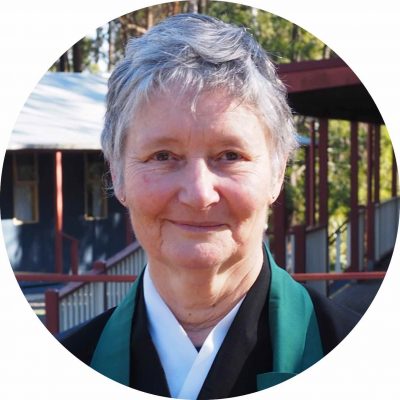 In these sessions, the three forms of Zen meditation – bowing, sitting and walking – will be introduced and practiced. The classic text, ‘Zen Mind, Beginners Mind’ by Shunryu Suzuki Roshi, will be used to support this essential practice through reading, reflection and discussion.

Teishin Shona has been a student of Ekai Korematsu Roshi, Abbot of Tokozan Jikishoan for the last 17 years. Prior to that she practiced for 9 years under the guidance of the Venerable Traleg Kyabgon Rinpoche. Shona has completed 12 years in Jikishoan’s Integrated Buddhist Studies (IBS) and has been the coordinator of Main Course B (Community Practice) for eight years. Shona completed Head Student training in 2013 and received Bodhisattva Initiation (Lay Ordination) in 2014. She has completed Jikishoan’s 3 year Assistant Teacher Training and is currently midway through an Intern Teacher Training program. Shona is the President of Jikishoan’s Committee of Management. 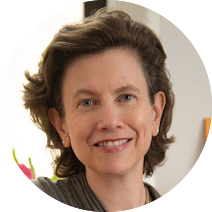 The Psychology of Compassion
A Buddhist & Psychotherapeutic Approach

In this workshop, Dr. Pilar Jennings will explore the Buddhist teachings on compassion for self and other, and their clinical applications.  Thought to be one of two central methods for abiding happiness and well-being, compassion is a revered capacity in the Buddhist spiritual tradition.  And yet, for many, it poses complex challenges.  With emphasis on developmental psychology and psychoanalytic insights, Dr. Jennings will offer ways to examine the obstacles toward self-compassion and compassion for people with whom we’ve had difficulty.  We will also explore the critical importance of compassion in psychotherapeutic treatment, as a means to safely revisit traumatic experience and negative beliefs about oneself.  Together, we will practice methods for nurturing compassion, and for cultivating relationship – both personal and clinical – where it is generously offered.

Dr. Pilar Jennings is a psychoanalyst based in New York City with a focus on the clinical applications of Buddhist meditation practice.  She has been working with patients and their families in private practice and through the Harlem Family Institute since 2000.  Dr. Jennings has been a Buddhist practitioner for the past 40 years and is a teacher of Tibetan Buddhism in the Sakya lineage. She received her doctorate in Psychiatry and Religion after completing her graduate work in medical anthropology at Columbia University.  She is a Visiting Lecturer at Union Theological Seminary; Columbia University; and a faculty member of the Nalanda Institute for Contemplative Science.  Dr. Jennings has given workshops and retreats internationally on a Buddhist and psychoanalytic approach to trauma, the relevance of spirituality in clinicians, and the unfolding conversation between Buddhism and developmental psychology. She is the author of Mixing Minds: The Power of Relationship in Psychoanalysis and Buddhism (Wisdom 2010), and To Heal a Wounded Heart (Shambhala 2017), a psychoanalytic memoir about her entry into clinical work as a Buddhist clinician. 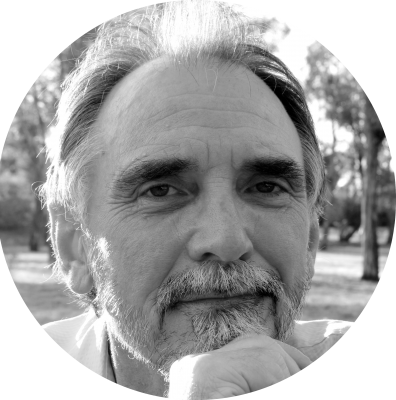 This course is concerned with ‘philosophy’ not as an abstract intellectual pursuit but as an investigation of the ‘truth’ of our actual lived existence. Three important Western philosophers for whom ‘truth’ could never be an abstract matter were Arthur Schopenhauer (1788-1860), Friedrich Nietzsche (1844-1900) and Martin Heidegger (1889-1976). These three philosophers stand in a special relation to Buddhism and to each other. Schopenhauer was the first major Western philosopher to engage seriously with Indian and Buddhist thinking and initiated a philosophical approach which was continued and extended by Nietzsche and Heidegger. Nietszche, initially inspired by Schopenhauer, was  a staunch critic of ‘religion’ but admired much about Buddhism which he regarded as the most ‘realistic’ of the religious traditions. Heidegger, who studied Nietzsche deeply, has been described as the ‘most Buddhist’ of all Western philosophers. This course will investigate how these philosophers contributed to an intellectual environment receptive to Buddhism and how their thought can help illuminate our own understanding of Buddhism and its practice.

Before he retired Peter Oldmeadow was head of the Classical Indian and Buddhist Studies programs in the Faculty of Arts at the University of Sydney.  He was first invited by Traleg Rinpoche in the 1990s to teach at Kagyu E-Vam, and later at the Buddhist Summer Schools.  Peter has a long-standing interest in Buddhist theory and practice which he has pursued both through the study of the classical languages of India and Tibet and personally through contact with living traditions of Buddhism in Australia and Asia. He also has an interest in comparative philosophy and religion particularly as they relate to the fundamental questions that face modern humanity. He is the author of Rimé: Buddhism Without Prejudice. The Nineteenth Century Non-Sectarian Movement and its Tibetan Context (2012), published by Shogam Publications.

Start at just $30. Come for the full event or any combination of days.

Concessions apply (discount and codes below). Please note concessions do not apply to early bird tickets.

If you are unable to afford to attend a course you are interested in, you can apply for dana assistance here.