Psychology of the Yogas with Dr Gidi Ifergan

Home/ Psychology of the Yogas with Dr Gidi Ifergan

Psychology of the Yogas with Dr Gidi Ifergan 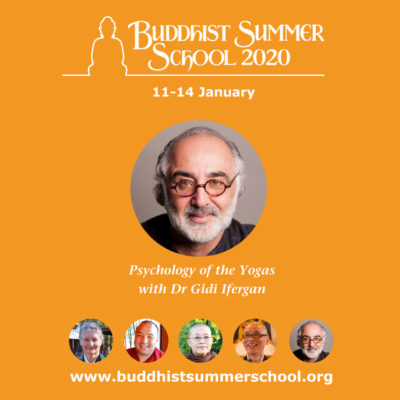 In this series, Dr Gidi Ifergan will explore how yogic methods can be harnessed to heal negative tendencies, promote psychological healing and encourage awareness of natural clear mind.

Too often, the philosophy, the meditative and physical practice of yoga are emphasized while the psychological dimension of yoga as an autonomous theme, based on both theory and practice, is often overlooked.

Gidi will present reflections on the psychological dimensions of Indian and Tibetan Dzogchen yogic traditions and its application. Themes such as latent mental imprints, (samskāras, Skt) that motivate one’s actions and often lock one into compulsive patterns of behavior (vāsanās, Skt; Bag-chags, Tib) and causes-of -affliction (kleśas, Skt) will be explored. Two Yogic methods will be discussed, addressing their capacity to heal negative habitual tendencies. One is the ‘cultivation of the opposite,’ suggested by the yoga of Patanjali, the 3rd century Hindu sage. The other is the ‘Rushen’ (Tib) proposed by Longchenpa, the 14th century great Tibetan teacher.

Gidi will provide experiential instruction concerning the method of ‘cultivating the opposite,’ and will lead a meditation as an introduction to Dzogchen contemplation. Both enabling psychological healing and discernment between ordinary mind (with its discursive and intrusive thoughts, feelings and mental events) and natural clear mind.

Dr Gidi Ifergan is a researcher at Monash University. Gidi’s main areas of research are Indian philosophy and classic and Tibetan Buddhism, with a current focus on subliminal imprints (Samskaras) aka habitual tendencies, in the psychology of classical Yoga and Dzogchen. He is the author of The Man from Samyé: Longchenpa on Praxis, its Negation and Liberation (Adtiya Prakashan, 2014); and Self-Discovery in the Psychology of Yoga (Resling, 2018) (currently in Hebrew, English edition forthcoming); is a certified, experienced yoga and meditation teacher (VIYETT); has studied traditional yoga and meditation in Varanasi, India (1994-2002); and has participated in Dzogchen annual retreats since 1992 with Chogyal Namkhai Norbu Rinpoche (1938-2018).

Dr Gidi Ifergan will teach during the afternoon sessions, on all four days, at Buddhist Summer School 2020.